The profession of tour guide may not be exercised without having obtained a license.

Licenses are issued after attending a school authorized by the province.

There are four schools in Florence that are authorized by the Province to offer courses for tourist guides, My course was organized in 19 hours a week for a total duration of one year. During the year we had about 2 exams per month. At the end of the year if the average score of all exams had them during the year it exceeds a certain percentage can be accessed at the last exam, the final exam ... hoping to overcome that, too.

In May 2009 I decided to go to go to college to become a tour guide so I could share my love and fascination with this city with as many people as possible. I became a qualified Tour guide of Florence and its Province in June 2010. 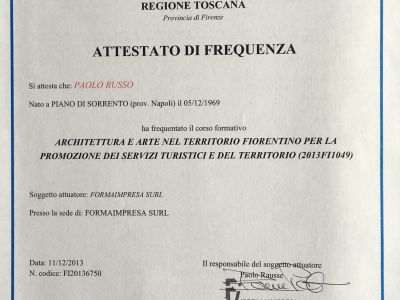 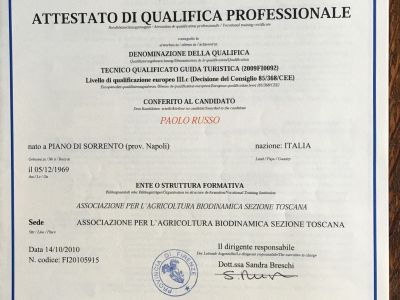 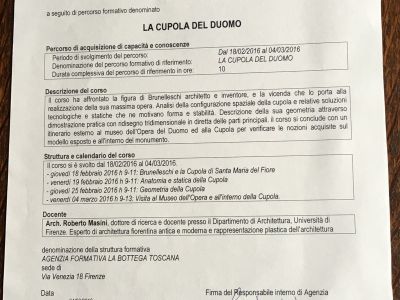 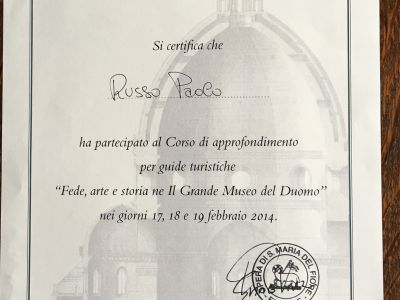 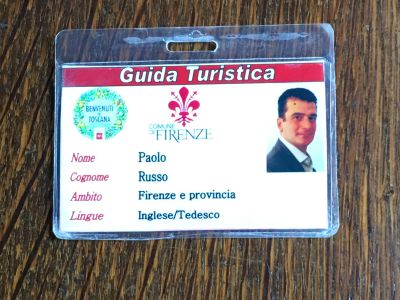 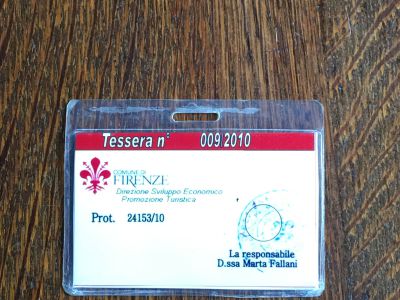