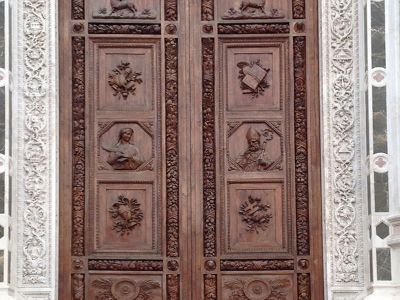 What an amazing place! One of the most important and known Florentine churches and one of the finest examples of the Florentine Gothic style.

The Franciscan friars arrived in Florence in the first half of the 13th century and decided to have here, at that time among the poorest areas of the city, their chapel, much smaller than today.

That old, first Franciscan Santa Croce church in Florence was rebuilt at the end of the 13th century. As often happened more than one architect worked for the new yard over the decades, among them the first architect was Arnolfo di Cambio. Arnolfo was the first architect of the Duomo  (the Cathedral of Florence) as well.

The Basilica of Santa Croce is considered the Pantheon of the “ homeland's glories“. Who is buried in Santa Croce? Well, here are the burials of, Michelangelo, Galileo Galilei, Rossini, Ghiberti (the artist who created the Gate of Paradise at the Florentine Baptistery now in the New Duomo museum) and many many others!

The gothic architecture of the interior fits perfectly with the “ new “ styles Renaissance, Mannerism, Romanticism.

The artists who will enjoy the private tour with us

Agnolo and Taddeo Gaddi, Giorgio Vasari, Benedetto da Maiano, Donatello, Lorenzo Bartolini, Michelangelo, Cimabue, Giotto, Brunelleschi, and others will be our companions during this tour.

The length for this private tour of the Santa Croce church is 2 hours.

Do we need to buy a ticket ?

Do we need to reserve the entrance in advance?

No, you don't, it is not necessary to reserve the entrance in advance.

Of course, you can and the rate will be recalculated. All my tours are tailor-made.

Do we need to dress appropriately?

Yes, you do, legs up to the knee and shoulders must be covered. 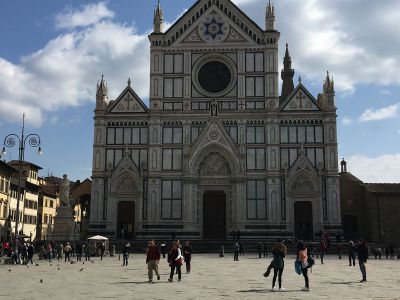 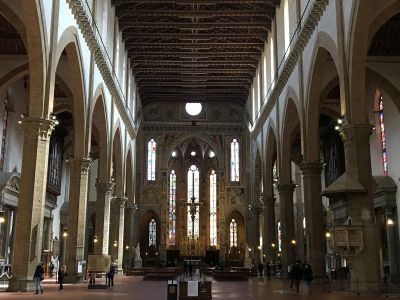 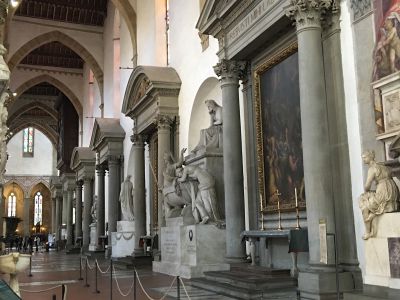 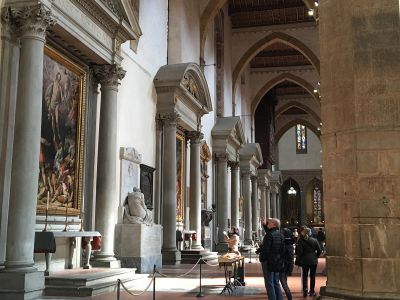 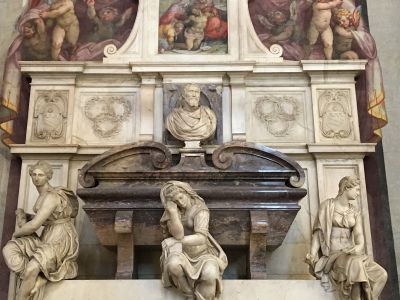 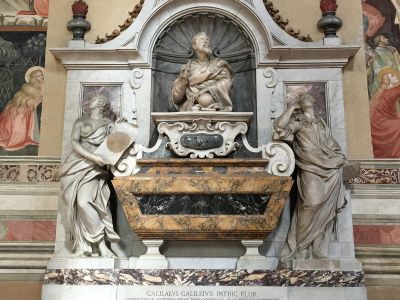 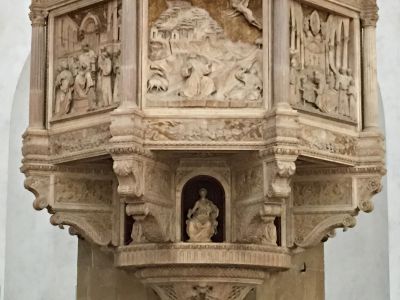 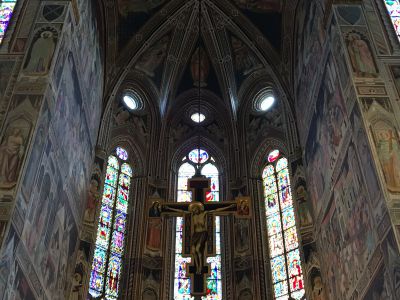 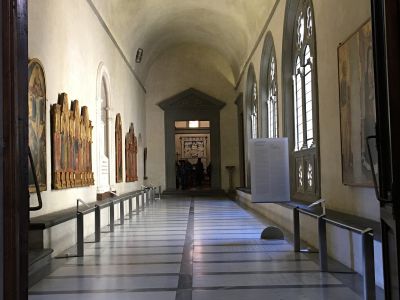 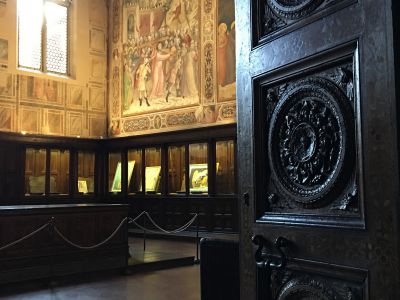 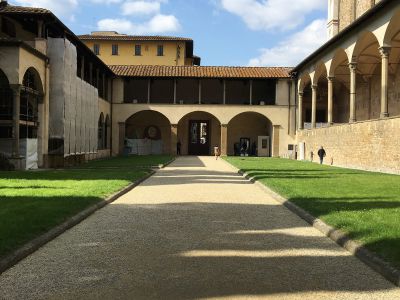 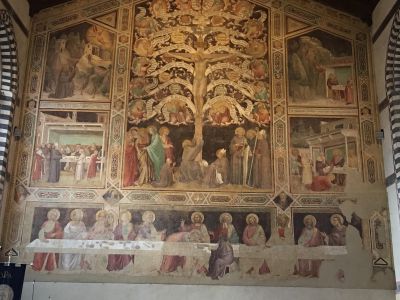