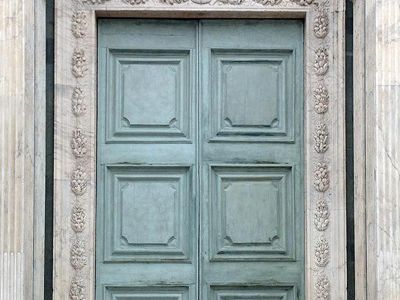 If you need something quiet, well, do not choose this tour!

A bit of fast data⁚ thirteenth-century, redesigned and literally turned 90 degrees in the fourteenth-century. Giotto, Masaccio, Brunelleschi etc. will accompany us during this private tour.

The Basilica in the centuries

During the centuries the church has been modified several times, above all in the inside. The most important work that was done on the outside was the marble decoration of the facade that was realized in the 2' half of 1400 by the famous Renaissance architect Leon Battista Alberti. His facade is a Renaissance masterpiece that blends perfectly with the previous Gothic facade.

The internal architecture is typical Gothic although there are also masterpieces up to 1700.

Here are some of the artists we will meet during our visit :

Giotto (with his Painted Cross)
Masaccio. He is considered to be one of the fathers of the Renaissance. His Trinita is one of the most significant masterpieces of Western art!
Domenico Ghirlandaio. The main chapel was frescoed by him and his workshop. In Ghirlandaio's workshop the teenager Michelangelo moved the first steps into the art of painting. We will recognize on the very top part of the chapel few very small figures painted "probably" by Michelangelo himself
Filippino Lippi ( apprentice in the workshop of Botticelli)
The Orcagna brothers
Filippo Brunelleschi, he carved one the most beautiful crucifixes that we have in Florence!
Giorgio Vasari, he modified the church according to the dictates of the Council of Trent
Agnolo Gaddi, to see his hidden frescoes we must have a torch :)
Giovanni Della Robbia (his family invented the glazed terracotta)

Two members of the Medici and the Rucellai families got married here in the 15' century, there must have been a reason why !!

Do we need to buy a ticket?

Do we need to reserve the entrance in advance?

No, you don't, it is not necessary to reserve the entrance in advance.

Of course, you can, and the rate will be recalculated. All my tours are tailor-made.

Do we need to dress appropriately?

Yes, you do, legs up to the knee and shoulders must be covered. 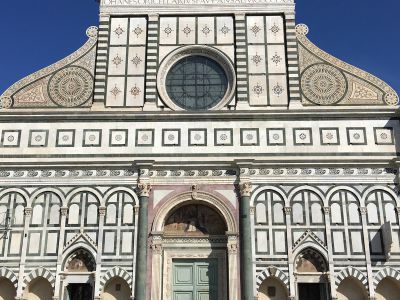 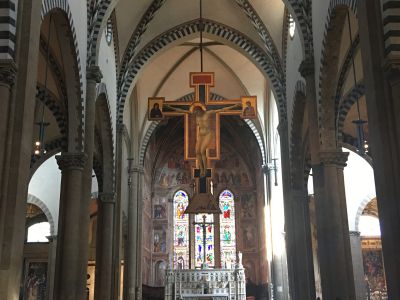 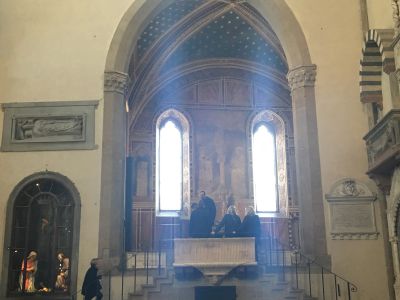 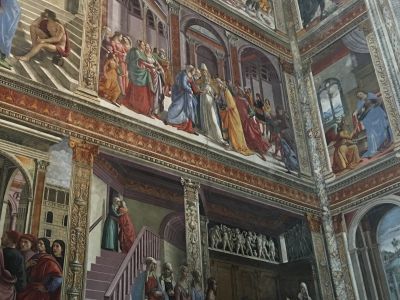 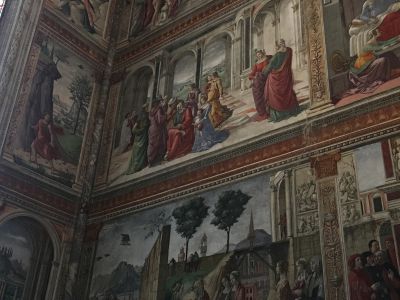 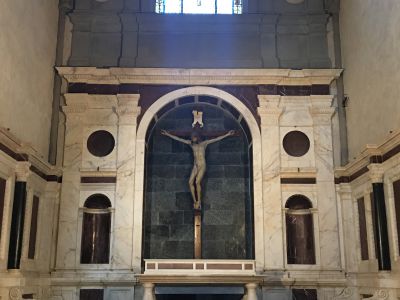 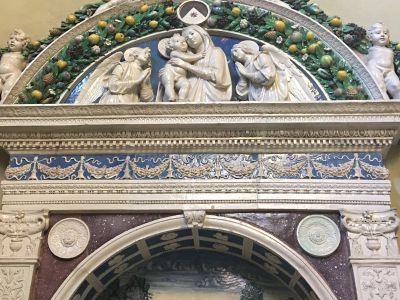 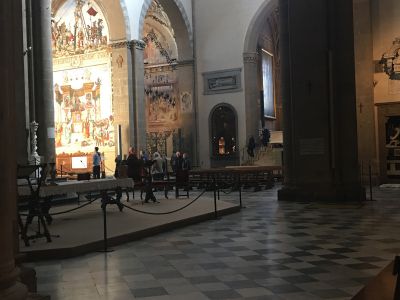 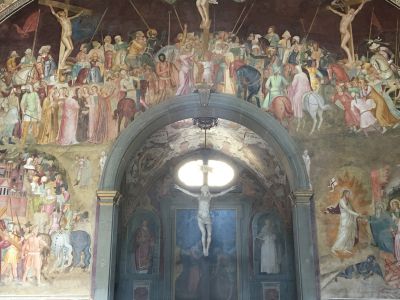 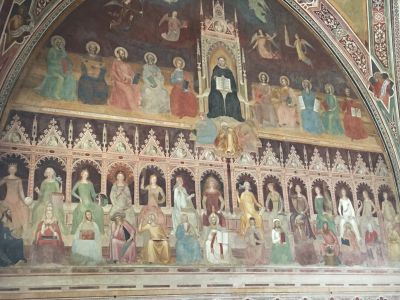 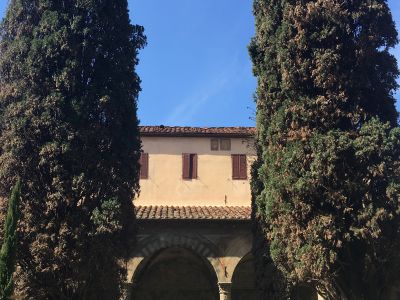